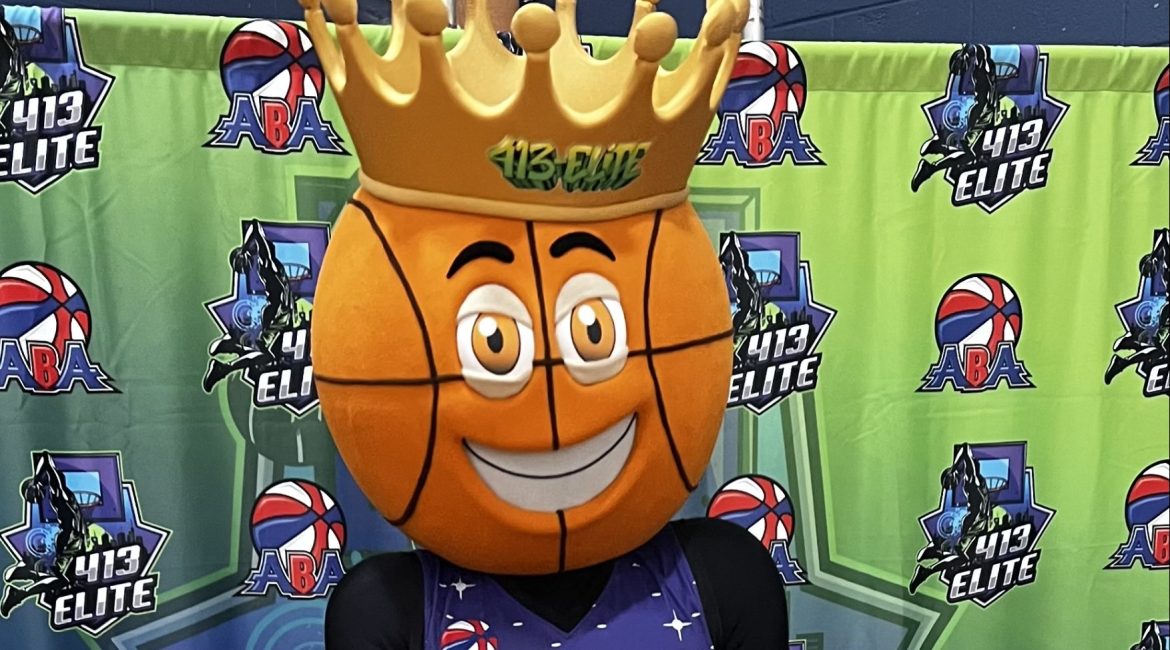 SPRINGFIELD, Ma. — The 413 ELITE of the American Basketball Association (ABA) is excited to announce “Mr. Buckets” as the official mascot for the birthplace of basketball’s home team.

Mr. Buckets was conceived when owner Charles Evans was playing college basketball in Jacksonville Fl. He used to wear a vintage basketball cap from the Anaheim Amigos who played in the American Basketball Association (ABA) from 1967-1968. Those that know the Anaheim Amigos logo at that time was a basketball with a sombrero on top. Evans “loved” that hat and being from Springfield, Massachusetts where the game of basketball was originated, Evans was inspired to one day duplicate that logo, but put his own spin to it that would represent where he is from.

“It’s amazing how the universe works”, said Evans, Owner of 413 Elite. “I loved wearing that hat in school all the time when I was in college. I knew the history of the ABA and one of the original teams in Anaheim had to me, one of the best simplistic logos in the ABA. Now that I have a chance to own a team in the ABA I felt it was only right to bring something back from the inception of the ABA with a new feel. Mr. Buckets was actually a logo that I had designed for the team, but decided to go a different route with our current team logo. However, I kept it and said I would use the design as the mascot to represent and pay homage to where the game of basketball was originated at, which happens to be my hometown in Springfield, Ma.”, Evans stated.

That’s where the details come in. The basketball represents the sport, and the crown represent royalty as we are the originators of the sport. “Putting the crown on the basketball lets the world know that we started this beautiful game of basketball, and we will carry ourselves as ELITE, royalty”, stated Evans. The graffiti 413 Elite written on the front of the crown showcases the roots from the neighborhood he comes from. On the back of the crown the word “Springfield” is also written to let it be known where it all started.

Mr. Buckets represents the region, appeals to a wide audience, he is unique, and upholds the “Crown” status as the king on the court in the birthplace of basketball. Additionally, the physicality of Mr. Buckets being powerful, swift, and nimble falls in line with the very nature of the sport. Mr.Buckets will be together a sense of place and a personification of the sport; by engaging with fans and participants in creative and meaningful ways, Mr. Buckets will not just be a character but a tool to help develop the sport of basketball in the United States.

Only something so special, so unmissable, so iconic, and so big as the American Basketball Association in the U.S. could lure Mr. Buckets into the public arena.

You can catch Mr. Buckets live at 413 Elite Basketball games this coming 2022-2023 ABA season. You can also catch him at some of the events that 413 Elite will be having around the city in Springfield. Check the website, and social media pages to see where you can catch Mr. Buckets at next. So bring the family and kids out to take some pictures, and see him live in action.